Gold Award for Barbara and Sats 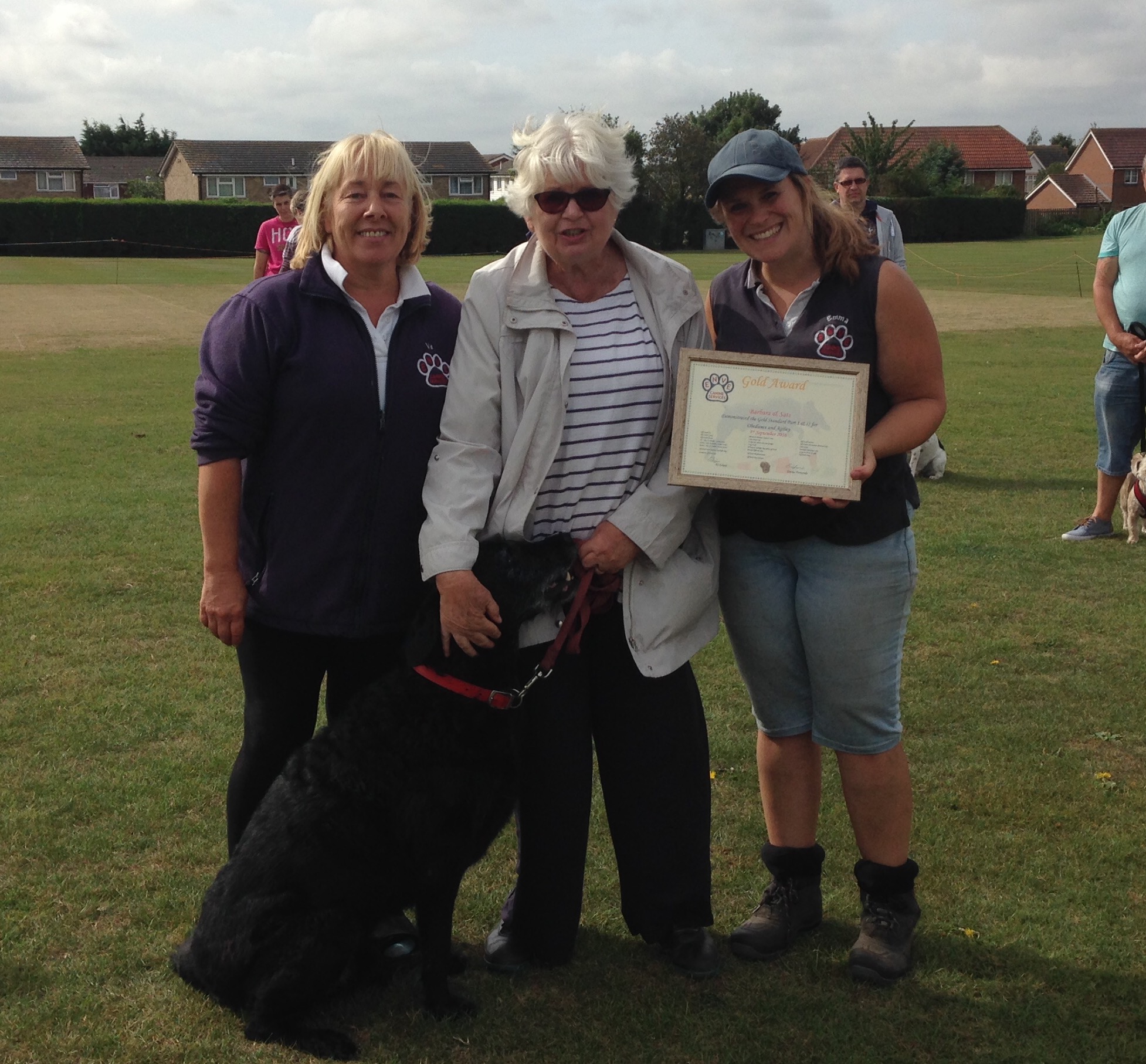 Congratulations to Barbara and Sats who recently passed their Gold part II. Barbara is a retired headteacher and Sats was her retirement present from her school and the school children named him after the Standard Assessment Tests (SATS) they had to take! They trained previously at Orchard Dog Training in Oxon and on moving to Minster joined us at Enve Canine Services.  Barbara says “Without your help and support I would have found Sats very difficult as he was an impossible puppy and young dog and I even considered returning him to the breeder. Fortunately because he was a present from the school I loved and I became so attached I decided to battle on. Seeing him now curled up with my two grandchildren who have come for a sleepover and wearing his gold disc I couldn’t be more proud and love him more.” They are only the 13th combination to reach this standard since Enve Canine Services started in 2010. Congratulations!!

Golden end to our first course back after lockdown