Instructor Bob and his dog Maggie get film roles! 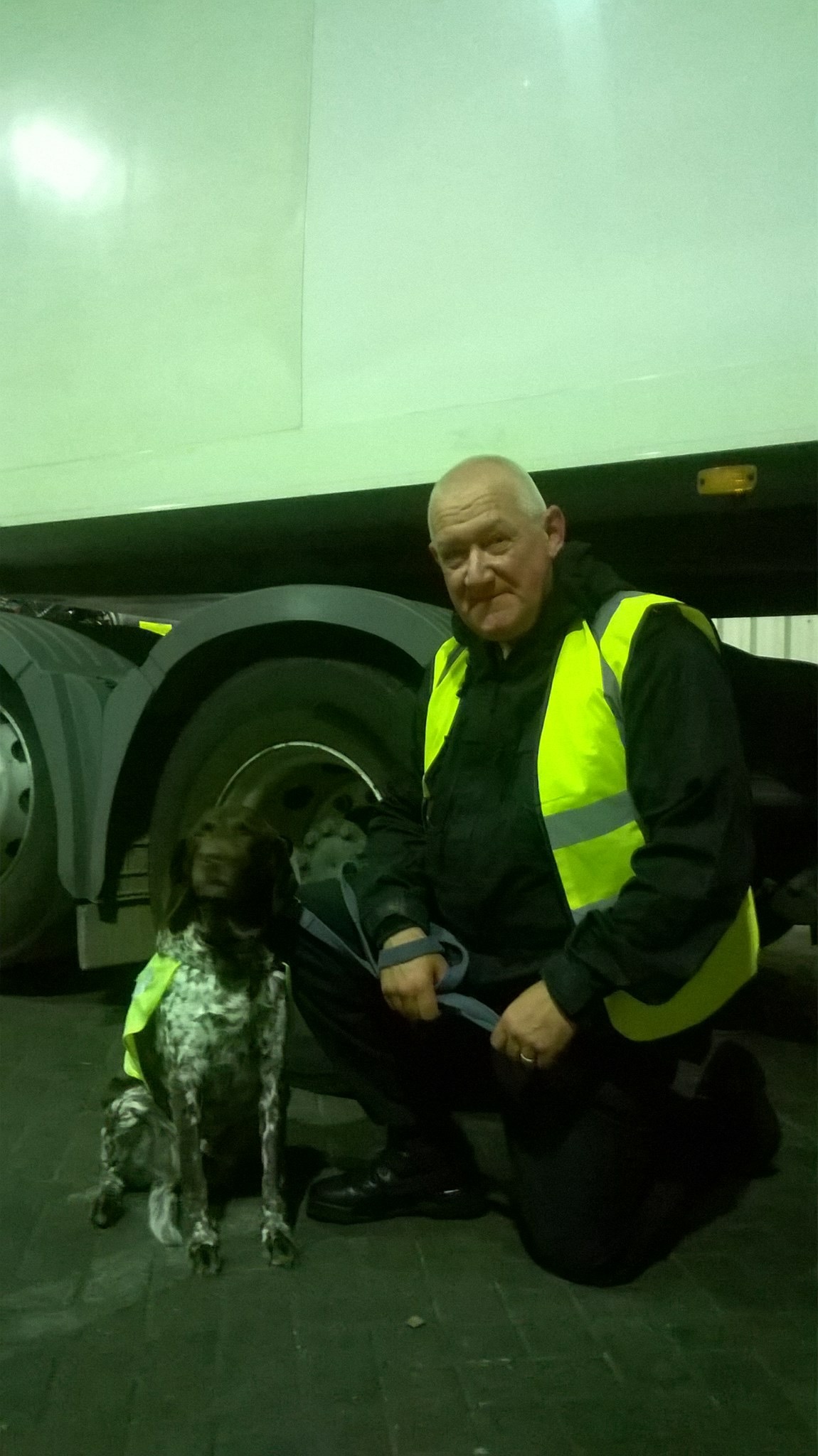 I had an exciting email last week from a production company looking for a well trained dog and handler to portray a sniffer dog and guard in a production called “London Tomorrow” filming in Ramsgate last weekend. The perfect guy sprang to mind – our instructor Bob and his dog Maggie. Bob is a keen thespian and magician and has recently worked as an extra on The Tunnel series 1 and 2 shown on Sky Atlantic. I put the two in touch with each other and Bob and Maggie got the part! They filmed their part late Saturday night /early hours of Sunday morning. Bob said they had a fantastic time and the cast and crew were so friendly and welcoming. “London Tomorrow” is a short film written and directed by Nimer Rashed and produced by B19 Media Limited. It has been made with the support of the BFI and Virgin Media.